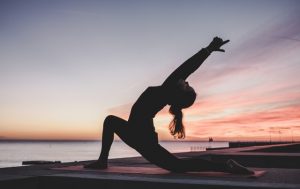 It is hard to underestimate and undervalue the significance of amino acids in one’s diet since they are very closely and deeply involved in practically every single process of the human body. However, not all amino acids could be produced by the body. Hence, these essential amino acids need to be obtained from certain foods, but for others get them from essential amino acid (eaa) supplements. Click here to learn more.

EAA supplements has been revealed to encourage health span. It helps to regulate lipid and glucose metabolism, balance energy, increase immune system, stimulates the growth and regeneration of muscles, better mental health, and much more. Because of this, it is fundamental for one to take enough of all the amino acids, whether from food or eaa supplements, to gain all their benefits.

Amino Acids – What Are They?

Nutritionists frequently mention the word “macronutrients” also called “macros” are carbohydrates, fats and proteins in our diet. Proteins are the most relevant and are formed from molecules that are much smaller. These are known as “amino acids.” Amino acids are then the building-blocks or proteins.

Why Are They Crucial?

Proteins are imperative to encourage normal mental and physical growth and development making amino acids critical for the growth and repair process the human body. Proteins, including the amino acids that build them, play a vital part in the structure of the human body like muscles, skin, nails and hair. For this reason, amino acids are central and fundamental for life. Apart from these, there are other major roles that amino acids play in the human body. Below are two:

Regulates and Control the Sugar Level in the Blood

The manner in how our body responds and reacts to glucose that we ingest is imperative. Insulin, at its most basic level, is discharged from the pancreas as a response to food. Insulin would then send a signal to other cells found in the human body to, from the bloodstream, absorb glucose.  Concerns with this system could cause diabetes that if not manage properly and correctly could lead to severe consequences. Experts have found that consuming protein containing amino acids plays a major role in this process. Consuming protein prompts the rise of insulin levels which encourages our body to respond properly to the glucose found in our food as well as to absorb it into the cells wherein it could be utilized for energy.

Our white blood cells that circulate our body play a vital role in combating infection. In this process, amino acids play numerous imperative parts such as providing the energy needed by the body to prepare for an attack and help allow the multiplication of white blood cells to repel infection. Without adequate amino acids, the immune system could be impaired increasing the risk of infection.