In terms of website hosting, one of the most popular and efficient tools that a lot of businesses and companies make use of is Windows VPS. Windows Virtual Private Server (VPS), runs on particular operating systems (OS) from Microsoft called windows servers that give users full control so they can configure the servers and do almost anything they wish, for a good reason.

Windows VPS is both practical and functional for software development and testing, as well as capable to host a myriad of various applications and software. Windows VPS is used popularly for web hosting along with other uses. Shared hosting sites don’t permit installation and customization of software without permission from the administrator. Windows VPS, on the other hand, gives its users complete control on its server as well permitted to install software and applications. Hence, businesses benefit from these as they cause an increase in website performance as well as ease of use.

Selecting the best website hosting provider involves assessing various factors like reputation, cost, features, support and more. However, the impact it does on the environment seem to be not a concern for many so it doesn’t make it to the top a priority list.

Website owners need to know that website hosting is extremely energy-intensive. Since data centers have thousands of computers that are highly powered wherein majority of these permanently use high CPU as well as drive usage, they produce extreme heat. Web hosting providers will then need to have enormous cooling systems in order to effectively manage temperatures. 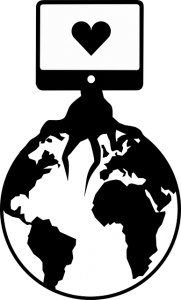 Jack Amend, founder of Web Neutral Project, gages that powering a standard website generates 4,500 pounds of Carbon Dioxide (CO2) every year. Looking at the calculation, this means that web hosting greatly impacts the environment. Because of this, many web hosting providers make an effort to address this matter by making an investment in some practices and/or schemes that help offset the production of CO2, such as making use of renewable energy.

While going green can lessen CO2 and help the environment, this could have an effect on the hosting provider particularly when it comes to cost. The cost of green web hosting companies is often higher compared to others as they too need to pay for another energy bill to provide them with renewable power. However, if websites are serious about cutting down their carbon footprint, paying more for green web hosting wouldn’t be an issue.