A controversial question today asked to meteorologists and government as well is, do we already have the technology to manipulate weather? To most, they are calling it as climate manipulation when in reality, climate manipulation and weather manipulation are two completely different things. It’s been a norm for mankind to always go above and beyond whether it is the sky, sea, earth and moon. Man has gone the extra lengths of creating nature by creating its own islands, beaches and even artificial snow mountains.

Do we Know what we are Dealing with? 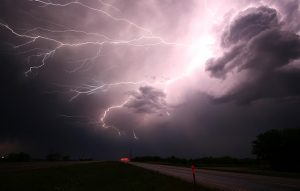 The dream to modify weather is not out of the equation either. From early stages of dancing to planting of clouds to force rain, methods become more sophisticated. And this is at the expense of multimillion-dollar investment viewed with skepticism by experts and scientists.

Tropical storms and hurricanes have caused unfathomable damage to Caribbean. Countries in Middle East and Central Asia are battling with drought and in West Africa, they’re facing the largest ever reported of locust invasion for the past decade.

Global warming is persistent in wreaking havoc to our environment. As a matter of fact, NAS or the National Academy of Sciences, which is a scientific organization that’s sponsored by US government demands that there ought to be more research to be poured in on Geoengineering as well as the deliberate and large scale manipulation of natural system of our planet. This is in an effort to counteract climate change.

The demand even triggers debate between those who believe firmly that our planet would be at higher risks if climate control takes place and those who are in favor as well of this technology.

Keeping Everyone Connected and Informed

Along with the advanced weather control technology (as they say) is also the integration of advanced SEO in keeping people updated and informed of the current progress happening in this subject. Of course, people and government from different parts of the world would want to know what is happening around and to how they should react. Only with media and the internet can give them new updates regarding this matter.